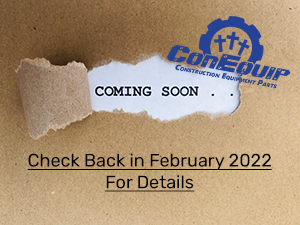 The following is a testimonial written by a customer who purchased a CAT C4.4 diesel engine. Purchasing a complete rebuilt engine can be a worrisome process. There are often concerns about compatibility, quality of the rebuild and testing after the job. As you can see, due to the training that we provide our parts specialists, the order was handled properly. Our training will ensure that a customer gets the part that they expect with proper fit and support along the way. Read the full testimonial below. 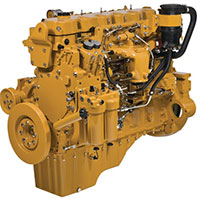 I have been meaning to drop you a line about the Cat C4.4 engine we recently purchased from ConEquip.

Our screener was down due to an engine failure. We contacted a local supplier to see about re-building or replacing it. They were non-committal on the re-build side, which is understandable because until they tear it down, they won’t know what is required. On the replacement side, they did not have one available and didn’t know the timeline to find one.

I contacted Mike and gave him the specifics, he replied that day and the hunt was on. By days end the following day, Mike had an engine sourced. After some confirmatory emails and pictures to make certain it was an acceptable replacement, we ordered the engine.

The engine was to come as a “plug and play”, meaning it should be an exact copy with all replaceable items able to bolt right on. I am a little skeptical of this ever happening so I wasn’t anticipating this to be true. The engine was to be received in 5 days, again I was skeptical.

The engine was delivered on the date promised, and further to that it was an exact “plug and play” copy making the change over very easy. I was extremely pleased to say the least.

After installing the engine, it fired right up and has been running strong without missing a beat ever since.

I was very impressed with the re-builders documents that came, from engine specs to dyno run sheets, including the technicians name who ran it. Upon receiving those, many of my fears of a poorly re-built engine were somewhat alleviated. But now that the engine is in full service, all of my fears have been eliminated!

Thanks to Mike and ConEquip our downtime was minimized and our headaches were small. All that was promised was delivered with 100% accuracy. This service was truly appreciated.

I have found ConEquip excellent to deal with, I can attest that you do stand behind your products and services and I will gladly provide a strong endorsement for you whenever you require it. 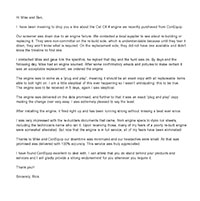