History of the Backhoe 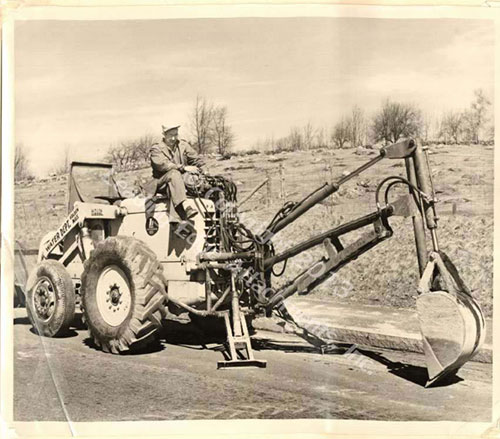 The name "backhoe" comes from the shovel part of the machine, not the location of it as most people assume.

A backhoe digs by pulling ground backwards, rather than lifting it up like a shovel.

Most backhoes also have a loader at the front of the machine, making the entire set up extremely efficient on a job site.

A tractor can be fitted with a backhoe as an attachment, making the machine even more versatile.

Many mini-excavators and skid steers have come on the scene taking some of the work away from backhoe loaders, however the backhoe loader continues to be one of the most popular machines purchased by construction companies. 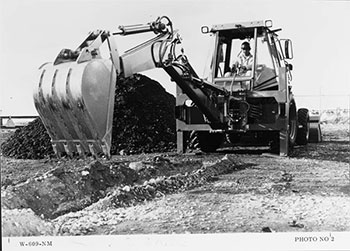 The history of the backhoe goes back to July of 1947. Vaino (Waino) Holopainen, and Roy Handy, Jr. designed the swing frame and the invention received the patent the following year. The Wain-Roy Corporation was formed.

The swing frame breakthrough allowed the hydraulic digging arm to swing to the side to dump the bucket. This patent also included the invention of the out-rigger bar, and high flow control. 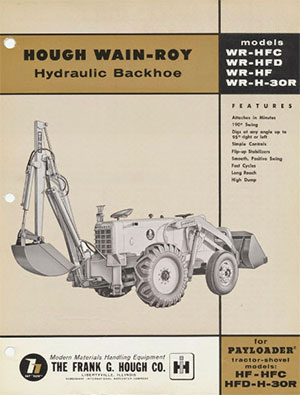 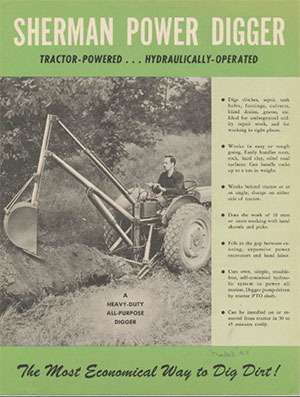 In April 1948 Wain-Roy sold the very first all hydraulic backhoe, mounted to a Ford Model 8N tractor. The buyer was the Connecticut Light and Power Company.

Wain-Roy made 24 units in 1948. Wain-Roy also made them for Sherman Products of Royal Oak, Michigan known as the Sherman Power Digger, and Ford. Approximately 7000 Wain-Roy Backhoes were manufactured and sold between the fall of 1948 and early 1954, mainly through Ford dealers.

Also in 1948, JCB launched the first European hydraulic loader, and followed that in 1953 with a backhoe with a 180° slew, fitted to a tractor.

It was in 1965 these companies would introduce the first complete 360 degree excavator.

Today virtually every construction manufacturer has a backhoe model from the very popular Case 580 line to the Komatsu WB series, and the John Deere 410s.