If you are reading this article, you may have had something similar to the following happen in the past few days:

You are working on your track machine when you notice a power drop in the performance. You get down to see what is going on and notice gobs of oil spewing from your final drive. The next word likely begins with an "S" or an "F". Let the headache begin...

After diagnosing the problem, you discover what virtually everyone in the same situation realizes, your drive failed and some internal parts were damaged. You know this is going to cost you time and certainly a lot of money - but how much? 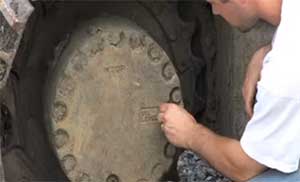 Can you fix your Final Drive and save money or should you bite the bullet and invest in a new one?

Here is what we know at ConEquip Parts having helped hundreds of customers facing the exact same situation.

Fixing a final drive is possible, but is often time consuming and in the end, not cost effective. But don't take our word for it.


"It can be possible (to fix a drive) depending on the reason for failure. However, parts can be expensive and once labor and down time is added in there doesn't need to be a lot wrong with a unit to make it more cost effective to buy a new one.", says Richard Huskinson a final drive tech based in Europe.

A seal alone can cost well over $1,000 dollars. And while that is still thousands less than getting a final drive other factors have to be taken into account.

Once you get the smaller components like a seal to fix the drive, there is no guarantee those parts were the problem to begin with or that they'll even perform like the original parts.

Making matters even more uncertain, once you have completed your own final drive rebuild, if the unit fails again there is, of course, no warranty.

Final drives are truly an engineering wonder. These small components that fit in your hand are able to withstand thousands of pounds of pressure to move a huge, heavy machine for hours.

"The idea of a final drive is simple; oil pushes a rotary group round which turns a shaft that powers a gearbox. The engineering behind it ensures that you get a drive capable of moving that machine with a minimum amount of oil flow and enough torque to push something 100 times its size up a hill," says Huskinson.

Fortunately, when it comes to replacing the drive completely, you have options and they include getting a new, rebuilt, or used drive.

When it comes to getting a used drive, there are of course some risks involved however, using companies like ConEquip Parts to locate a good used drive reduces the potential problems dramatically. Parts specialists at the company will work to make sure the unit is a match and that it is inspected. Beyond that, a 30-day warranty will be applied to all used final drives.

The inspection process includes opening the drive to inspect the gears for any uncommon wear, and checking the oil for contamination. Sometimes the drives will be resealed at no extra cost.

Rebuilt drives are a great option. The cost is usually less than a new unit, the part has an extended warranty, usually six months, and the drive is tested to ensure performance at or near new condition. Rebuilt purchases almost always require the customer's old drive as part of an exchange but generally the core charge deposit is completely refunded once the core is returned.

Probably the best option for anyone needing a new final drive are of the new replacement variety also known as aftermarket final drive. The quality and reliability of these drives has improved dramatically over the past few years but you have to know where to get the good ones.

"There are a lot of Chinese cheap copies that we wouldn't trust. The units we offer are all made for a machine rather than copied off another design. So a drive maybe a replacement for the unit you have but it will be OEM for another machine", says Huskinson.

The best part, the cost is way less than what you will pay at the dealer.

"Because we deal direct with the manufacturers. A genuine Volvo drive from us will be around 50% of the cost of the same unit from Volvo. All dealers use a list price system. we don't, we deal direct, buy in bulk and keep all costs to a minimum. That way we can save you money on the same drive or an equivalent. We may offer a drive from a different manufacturer to the original but we only offer equivalent quality drives and we back this up with a 12-month warranty," Huskinson added.

So, if you have a drive that is down, trying to fix the unit yourself only makes sense if you don't have an immediate need for the machine and saving money is an absolute must. Otherwise, your solution is to bite the bullet and get another drive, new, rebuilt, or used.